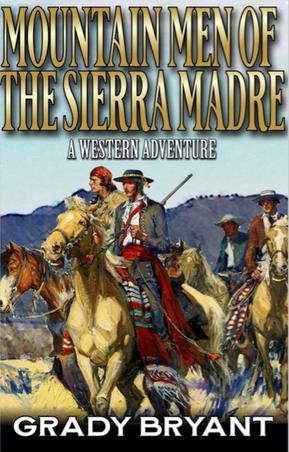 Read how a West Texas country boy clawed his way through life, not listening to what he should do but doing what he wanted to do. Not happy with what he had, but wanting to improve his life, in every way. People called him a dreamer—maybe he was—but his answer was that dreamers live forever and non-dreamers die every day of their life. He fought the good life along the rocky road to success and when the road ran out, he just turned around and started the other way. Instead of piling up wealth, he piled up memories that everyone would like to have for their days in the old rocking chair. Recollections of hard but good times when a person had to go out and get what they wanted or be left by the wayside. Holder of several world speed records, author of more than fifteen novels, produced and starred in a movie, practiced law and participated in many activities where he should have know better (and shouldn’t be brought up, but are) in this tribute to the all-American boy. We learn all the stories that made Grady Bryant such a mystery to everyone he was involved with.

First in the series is the intro to Preacher and the Bounty Hunter. Read how this pair teamed up to be the most feared outlaw chasers in the west after tracking a famous outlaw across Texas and Mexico to find out where a secret treasure is buried. 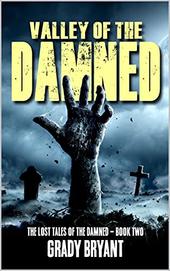 Want to stay up at night, try one of Grady Bryants Horror books 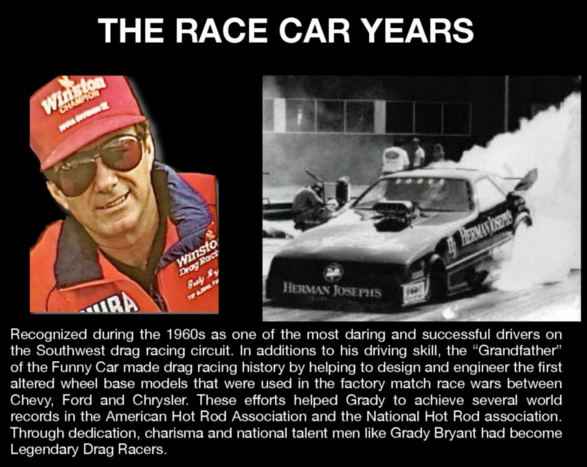 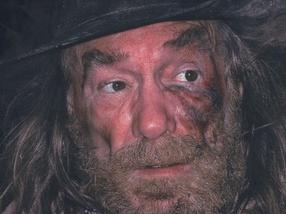 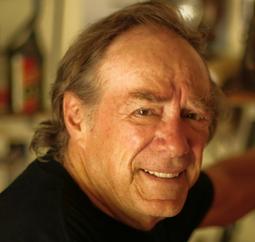 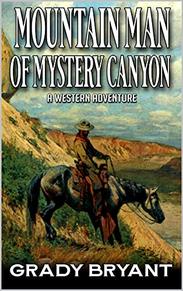 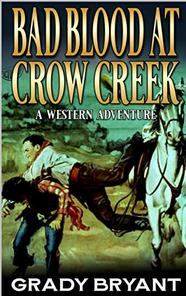 Grady has penned several novels before signing with Dusty Saddle Publishing to write westerns. Grady feels very excited  to bring the reader into the real west where you can feel the gun in your hand and feel the horse beneath you as you chase outlaws across the deserts of Texas and New Mexico. The Preacher and the Bounty Hunter series are the talk of the western reading world as the bounty hunter shoots ‘em and the preacher prays for ‘em. Together they are unstoppable. 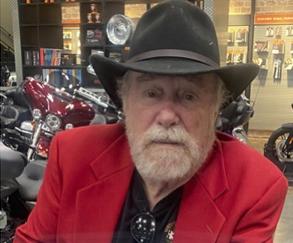 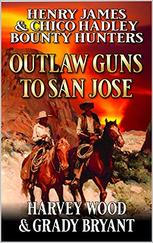 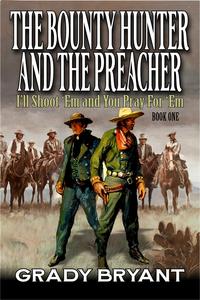 In the high country of the Rockies, the isolation and hard life of a mountain man causes him to go insane. He believes the mountain belongs to him and is killing anyone who ventures up to the high country. He eludes anyone who tries to locate him in the rough and isolated area called the Dark Side of the Mountain. As a last attempt to stop the killings, a group of miners hire the Bounty Hunter, Chico Hadley, and his sidekick, Preacher, to eliminate this problem in a place called Hard Rock Canyon. 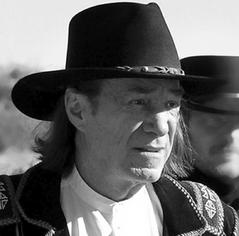 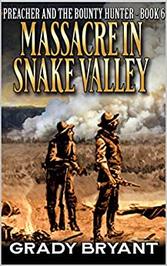 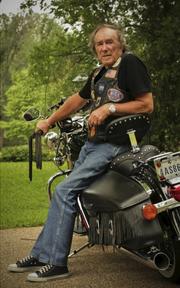 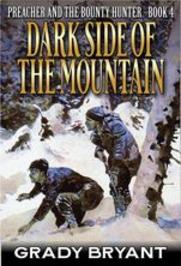 Book Four in the Western series 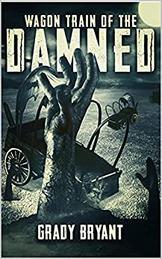 WELCOME TO THE WESTERN WORLD OF GRADY BRYANT 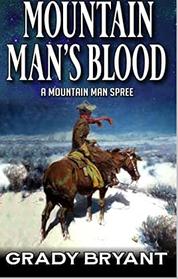 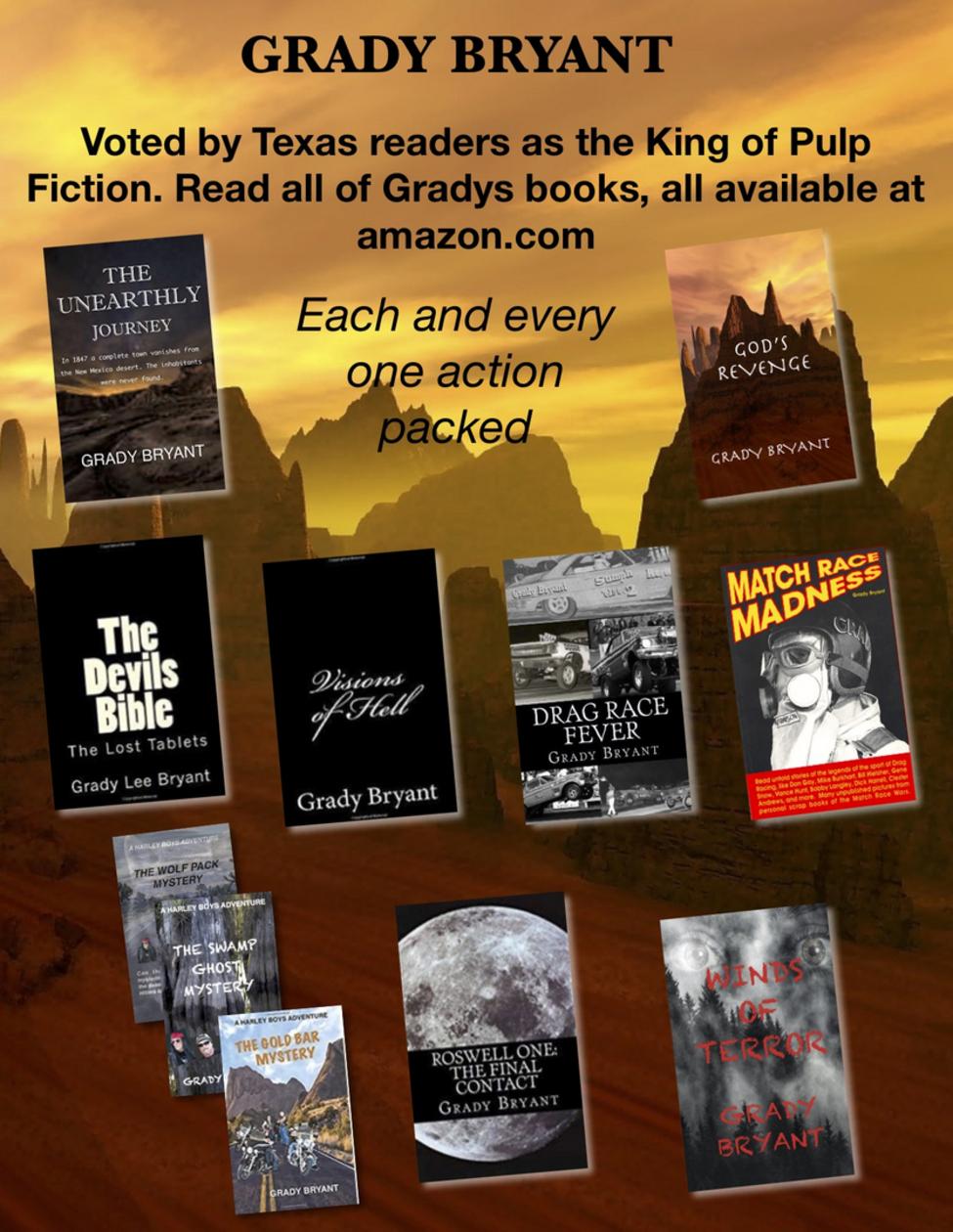 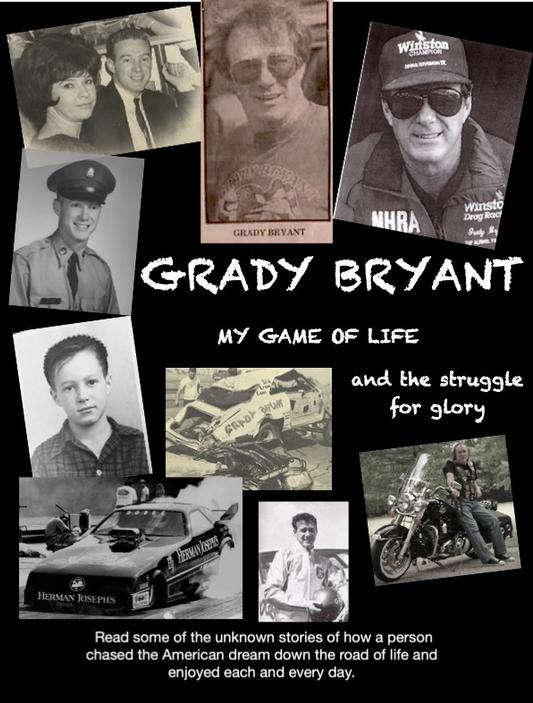 After one year of college Grady found he could not control his restlessness and moved on to more exciting projects. He joined the army and after completing his aptitude testing for the military he was trained for assignments that suited his call for high adventure. When discharged he turned to driving race cars and was immediately picked up by Chevrolet to help develop several concepts of the muscle car area. After a successful ten years of driving, promotion, and handling motor sports teams Grady quit and returned to college and earned a law degree. He practiced criminal law until sickened by the legitimacy of the system and returned to what he knew best, driving race cars. Grady was immediately hired to drive for corporations such as Chrysler, Levis, Matco Tools, and his last ride was with Adolph Coors, Corp. Being a syndicated writer for several motor sports publications led him to write his first book about the early days of drag racing, "Match Race Madness." It relates to the early days of racing and is considered to have a cult following and is frequently quoted in motor sports editorials. Unbeknownst to himself he was continuously preparing himself to be an action adventure writer, encompassing his travels and adventures into fiction, which is manifested in all his books. 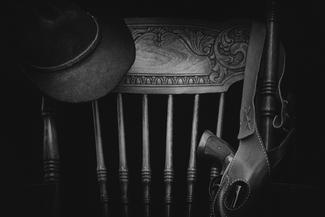 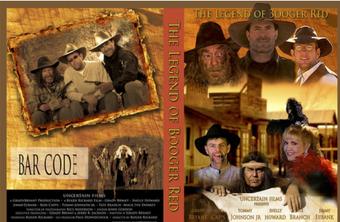 BOOK THREE IN THE SERIES

In the region known as the New Mexico territory there were several small towns located in that rough and desolated land. One of those towns disappeared and the inhabitants were never found. A lost transcript was recently found in a small church outside of Santa Fe. It tells of a bounty hunter named Chico and his sidekick, Preacher, who could have been involved in the legend of Devil’s Canyon and the disappearing of the town named Lewsor. 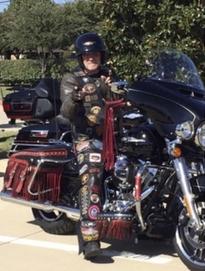 All books available at Amazon.com

Western stories at their best. Grab a saddle horn, jump on and enjoy the adventure of a bounty hunter and his side kick, Preacher, who used to be a real preacher until he ran into Chico, a half breed, who loves to fight and bring in bad guys for rewards. 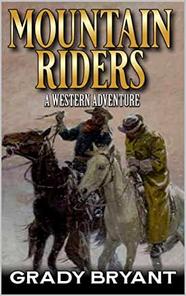 BOOK FIVE IN THE WESTER SERIES

Chico Hadley, notorious gunfighter-turned-bounty hunter, was content with his uncomplicated life as a rancher. With his long-time friend and partner, Preacher, they had turned a small ranch into a tiny, self-contained community of sorts.
Then, as usual, all hell broke loose. Two renegade Apache, Black Eye and Running Bird, decided it was their destiny to rid the Arizona Territory of all white men who dared to cross their lands.
The Army had sent two groups of soldiers to hunt down the bloodthirsty Indians, but not a single man returned. Desperate for the senseless bloodshed to end, the government called upon the only two men they knew could track down and rid the Arizona Territory of the savages; Chico and Preacher.

THE MANY FACES OF GRADY BRYANT

THE LEGEND OF BOOGER RED 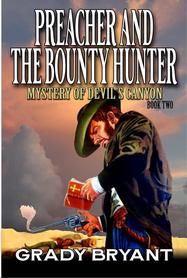 Chico Hadley and Preacher get involved in another adventure together when Preacher is requested to give last rites to a dying Mexican man. On his deathbed, the man divulges a secret he's held his whole life---where to find the lost silver of Skull Mountain. Preacher agrees to the man's dying wish to retrieve the silver and rid the village of bandits led by a nasty piece of work, El Asesino. Will Preacher and Chico be able to fulfill the man's last request? 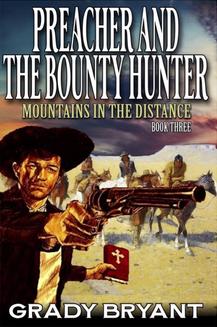